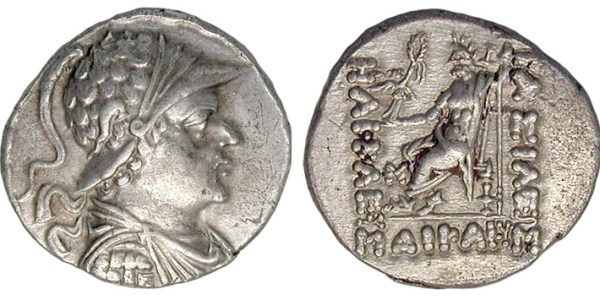 The graffito “T[sic]EOY” before the bust of the king is likely a misspelling of ΘEOY (the genitive for “god”) and either refers to the king as being a god himself or perhaps born of a god. It is uncertain whether the interesting inscription was incised into the coin contemporaneously with the reign of Heliokles or sometime later when he might very well have been deified. The history of the Baktrian kingdom is  scant and very little is known about the individual rulers and, certainly, no mention is made of Heliokles’ deification in the historical record. This graffiti, therefore, may be the only evidence of Heliokles’ elevation to divine status, making this coin exceedingly important.

There are no reviews yet.